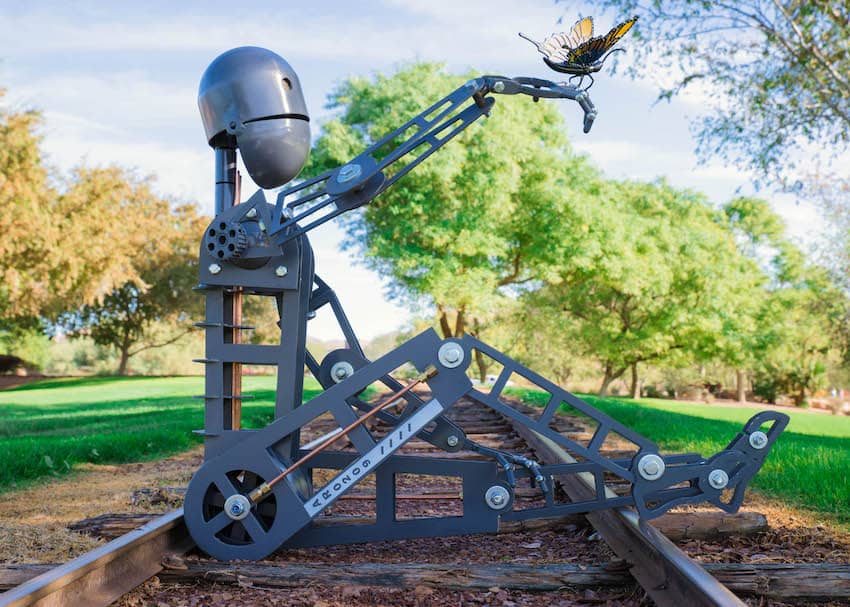 Otis the robot discovers life in a butterfly that lands on his finger.

The idea for Otis came on a 130-mile hike in the Sierra Nevada mountains. In the middle of the wilderness within no civilization around me I was still using my cell phone. I used its GPS, its camera and even a few trail apps. I donned on me how reliant we’ve become on technology. I began thinking about the future and how someday we may all just be robots with bionic legs and arms, chipped brains etc. And the ironic thought of robots rediscovering what humans are now taking for granite. Otis is the first in a series of three.