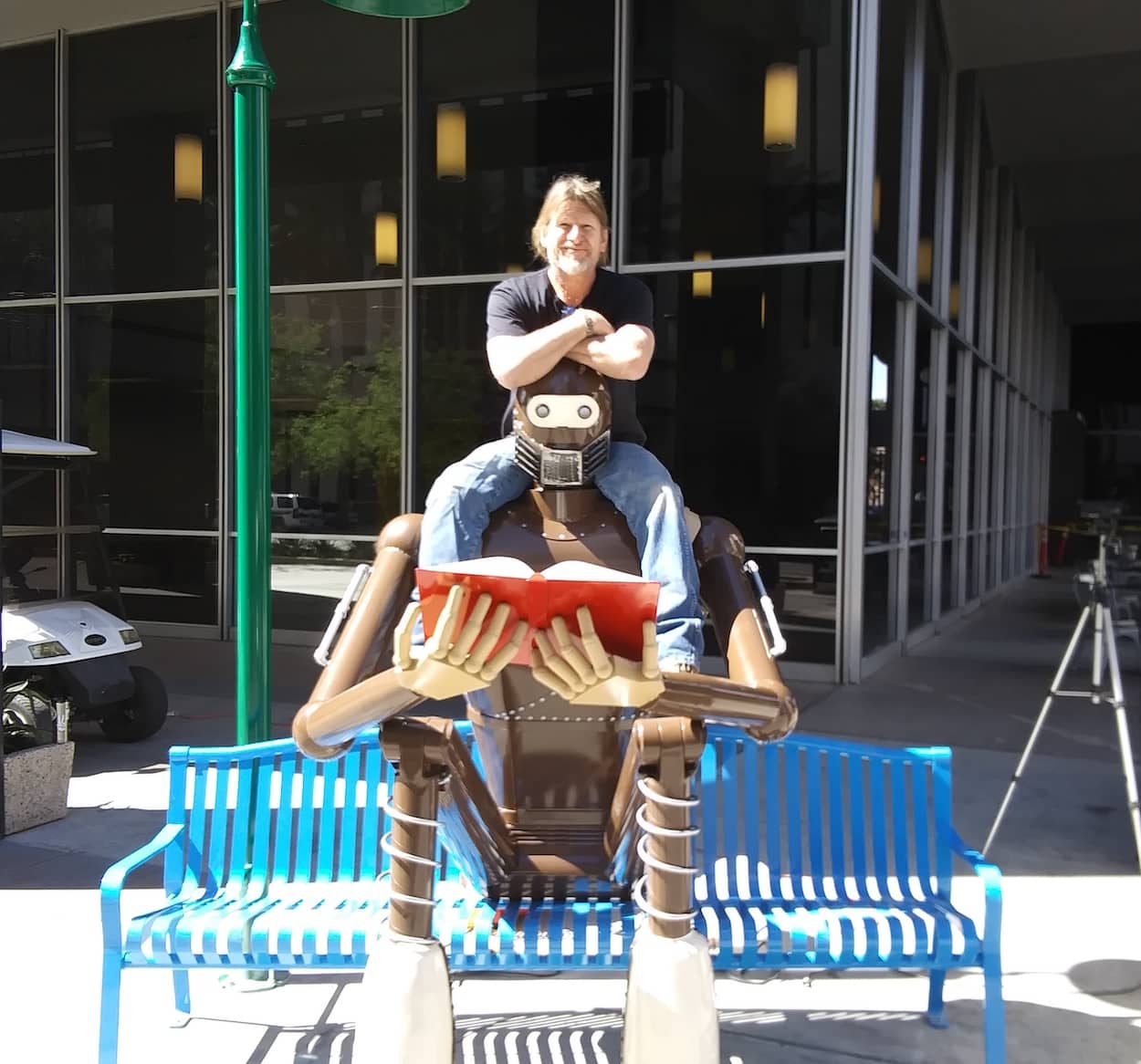 Doug Boyd, was born and raised in a small-town, North of Dallas, Texas. Although, just fifteen miles or so of a modern city, his community was a one high school town. Small Texas towns are famous for “Friday Night Football” and his town was no different. In his Junior year of high school, due to his spirit and love of interacting with classmates he was asked to be the first live mascot for the school, leading the fans with cheers and performances that almost drew too much attention from the football game. The idea of making people happy by interacting with them in a way that would make them laugh and enjoy the time was important and very rewarding.

Two years of preforming to live audiences rekindled a dream that began at a very early age of someday being a circus clown. How perfect, to make children smile in wonder and older people feel a bit of childhood magic again. So, it was decided, after graduating high school, at the age of 18, he took the leap and auditioned for “The Greatest Show on Earth” Ringling Brothers and Barnum Bailey. He gave his all and was selected to attend the famous Ringling Clown College. A flight to Florida for 10 1⁄2 weeks of intense training, he was on his way to realizing that dream from so many years ago. The hard work and training paid off, resulting in a one-year contract to perform as the circus toured the United States.

Eighteen years old and a dream of being a performance artist would begin his journey deeper into the art world. As he lived his dream, the years began to fly by and soon he realized thirteen years of traveling and performing had passed. Doug had both learned and taught others as his career with Ringling Bros. Circus flourished. During those thirteen years, he met and married and started his family on the road. His children were born into the circus and traveled the country in car #91 of the Ringling circus train. When his children reached the ages of two and three years, he decided to leave the road and work in Las Vegas, Nevada, to provide a more traditional life for them.

Not ready to completely leave the world of performance, Doug accepted a position with Cirque du Soliel and a new show called LOVE. The show biz surrounding Cirque provided a familiar community for he and his family as they began to transition from a life of touring. An unexpected opportunity arose when he learned that Cirque hosted an annual gallery exhibition every year. Cirque performers and employees were also invited to enter art or sculptures. It was at that time, that he designed and created a reclaimed metal guitar complete with gears and screws…which to his delight sold quickly.

Although, he was no longer performing, the creative process was growing and shaping a newfound interest in large scale sculpture. To continue his journey into creating art, he joined the local Burning Man community in Las Vegas. The Burning Man community was about to embark on building a twenty- foot Las Vegas showgirl and needed talent, so he joined and became one of two leads. The showgirl would be taken to the Burning Man event where it would be burned as is tradition for this event. “Lucy, the Las Vegas Showgirl” was such a hit, the project was picked up by the Las Vegas Arts District where a second twenty-foot Las Vegas showgirl sculpture was built and burned First Friday, the cities monthly art event. Doug’s quest for creating large art was becoming greater as he visualized things he would bring to life.

After several years in Las Vegas, he decided it was time to leave the neon lights and 24- hour city for a more serene location. Doug and his family chose Sedona, Arizona where nature and art was one with the community. He soon found the creative energy of Sedona to inspire beyond what he could have imagined. Surrounded by the art he saw daily, he was inspired to fabricate his first commissioned metal sculpture, a spaceship for a local restaurant called The Red Planet Diner, giving a nod to the magical, mystical myths of Sedona.

Although, thriving and loving Sedona, after years of touring and moving he and his family made the decision to step into a more-simple life for a while. He purchased a retired school bus which he completely remodeled into a home for his family. They spent five years in the school bus home living near the creek in Sedona in a peaceful, serene community.

His children now well on their way as young adults, Doug found his way to Phoenix, Arizona where he opened his own metal shop. Today, his attention is directed to creating custom art for clients throughout the United States. In the first few years, he primarily designed and produced functional art in the form of custom metal barn doors, metal water features and custom office furniture. While the metal items have been in great demand, Doug has begun transitioning to creating more sculptural art in the most recent years.

Although finding your place in art is a journey, throughout Doug’s entire life, the common thread has been interaction. Whether it was interacting as a clown to evoke laughter or through sculpture to evoke thought, it has always been interaction. Doug’s art is designed to engage those who see it and he encourages people from all walks of life to join him in his journey with interaction and discover his art together.

Some of Doug’s most recent work can be seen on the downtown streets of Phoenix Arizona. Commissioned to create a large sculpture to allow people to interact with art, he created a larger than life robot who sits on a bench while fascinated as he reads a book. The robot has become a popular stop for locals and tourist alike who stop and take pictures with him. At night, sitting on Monroe Street, Monro- bot as he has been nicknamed delights as his eyes light up and his heart throbs with a red light. Perhaps, just perhaps a child passing might see “artificial intelligence” enjoying the old fashion way to learn…as Monro-bot quietly reads his book about another kind of life. Just think of the irony of Monro-bot looking down reading an actual book while people walk by him looking down at technology.